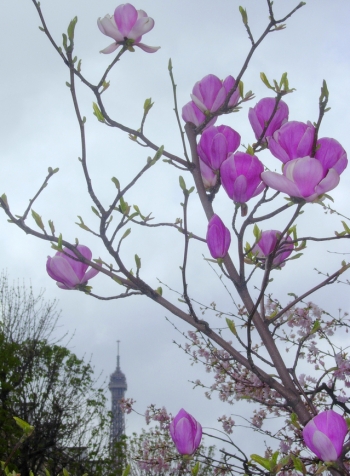 In a dream, a man with a yellow, pock-marked face chased me.  Each time I looked back to see if he was still there, I realized he was gaining on me.  I was within his reach.  He was screaming profanities at me. I realized I needed to call for help, but felt my throat closing.  Finally, with intention and effort, I opened my mouth and shouted as loudly as I could. "NO, NO, NO."  I awakened with a jolt, still yelling. It was only a dream, awful though it was. I felt afraid and unsettled.  It took awhile for my heartbeat to slow.  I have a panacea for bad dreams, though.  I learned this solution from the late and beloved John Paul Jackson, a man who taught on the biblical interpretation of dreams.  Over the years, I've taken several of his courses to better help me understand my own dreams.  Mr Jackson taught the concept of the "flip."  What is the opposite of the darkness contained in the dream?  For example, the flip might sound something like this after a disturbing dream:

Life instead of death.

Strength instead of weakness.

Peace instead of anxiety.

Favor instead of fear.

Beauty instead of ugliness.

Refreshment instead of oppression.

Power instead of helplessness.

Courage instead of worry.

Enthusiasm instead of negativity.

Grace instead of bondage.

By the time I'd reviewed in my mind what I believed God would have for me, I felt peaceful, emboldened, calm.  I wouldn't be bullied by the enemy of my soul.  God's grace abounded.

That next morning, my schedule was packed.  I would drive to Columbia and take a class I needed to maintain a certification for testing patients at the agency for HIV.  It would be a long day as the class wouldn't end until five.  I began saying things to myself like, "Ugh, I wish I didn't have to go."  "I hate all the paperwork I have to fill out to take the agency car."  "I know this class will be a bore."  "I don't like Columbia."  I caught myself.  All this negativity.  Couldn't I open my mouth and declare "NO" as I had in the dream?  Negativity is so much like an ugly guy chasing one down the street.  I would flip my thoughts. "Thank you, God, that I'm able to drive, that this is a free class.  I only need to show up.  I don't have to pay a fee."  "Thank you that the agency provides a car for me to drive and pays for gas."  "I'll trust that you have something for me to learn in this class.  I'll look for at least three new ideas as I listen to the content."  "I'll look for beauty in Columbia.  Beauty is everywhere if you look for it."  I wouldn't say I was entirely enthusiastic about going to Columbia after the exercise, but my thinking was in a better place.  I felt buoyed.  Ready for the day.

A kind gentleman said to the cashier while I stood in line to buy a cup of coffee, "I'll pay for the young lady behind me."  I thanked him for the coffee and for the use of the word "young."  I sat next to two bright pharmacy students in the class and struck up an enlivened conversation with a fellow therapist.  The professor teaching the class brought his expertise to the subject matter in an entertaining format.  I learned more than three new concepts.  I sat under a gorgeous old oak and ate my lunch.  Robins flitted, birdsong all around.

I think the key in practicing the flip, is remembering God's grace toward me.  Shepherding me, if you will, with his empowering presence. His grace is immense, magnificent, relentless, glorious and limitless.  He always intends to enlarge grace in our lives.  I think what we declare over our lives and other people is like creating an edifice of grace in our hearts.  I remember when I had the opportunity to visit Paris on a spring day several years ago.  What I couldn't get over is that everywhere we went, the Effiel Tower stood watch over the city.  When standing close to the tower, I could observe its complex structure and architectural beauty.  When viewing the tower from afar, I felt comforted knowing it was there, like the shepherd's staff, pressing lightly on the sheep's side, keeping the animal assured, safe.  I look behind me and you're there, then I look up ahead and you're there too--your reassuring presence, coming and going."~Psalm 139:6 (The Message)