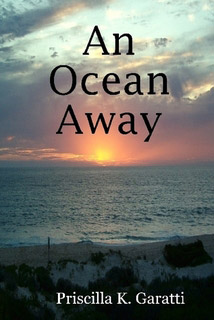 During the days when Giovanni and I corresponded as teenagers, I spent vast amounts of time seated before my west-facing dorm window watching sunsets.  The dorm room was on the sixth floor, so even in that pea-sized Texas town, the view was pretty remarkable.  The sunsets revealed magnificent sheets of golden sun, layered through with coral, amber and violet, the clouds robust white plumes.  There I would sit and write to Giovanni, and always as I wrote, I would conjure him up in my mind’s eye.  He wasn’t very tall, maybe 5’8, and his body was strong and compact, the muscles in his biceps straining underneath his shirts.  His hair, naturally curly and dark, framed his head in a kind of biblical mane.  He had soft, olive skin, and a wide-curving smile, his lips rose-tinged.  The green of his eyes ignited his face.  I was sorely attracted to him, the pheromones intermingling with my own very Caucasian sensuality.  At 18 I was small and equally compact with well-defined breasts and slender hips.  My skin was almost the total opposite of his, freckled and milky, my hair fine and reddish-brown, parted down the middle waving down my back.   My eyes, deep brown pools, glinted from my face, the smile revealing straight, white teeth.

There now were times I got caught off-guard, my heart quickening as I glimpsed the smile or the profile that reminded me of the boy so long ago.  As a girl I would place my fingers in the scarred indentations of skin left from vaccinations on Giovanni’s upper arm. Now almost 30 years later, I placed my hands there again, my fingertips outlining the scars as if tracing our history.

Remnants of our youthful selves endured at middle age.  Both of us, still really about the same size, were just beginning to soften around the middle, our faces more full, lines deepened between nose and mouth.  Giovanni now wore his dark hair cut close to his head, keeping the curls at bay—his eyes still shockingly green.  My reddish brown hair was short, too, highlights warding off the gray.  My brown eyes shone clear and luminous.  The years had brought a sort of physical and relational alchemy to our lives, and it was with a homing instinct, coalescing with the joy of our current state that we traveled to New York.

How we got 60-degree weather in New York in January was beyond us.  It must have been one of God’s little, sweet mercies.  Our first stop took us to the Statue of Liberty.  We both seemed to be attracted to her, although after 9/11, we weren’t allowed up into the great lady’s crown.  But we lingered by the statue and looked up into her gigantic face.  Perhaps her legacy of freedom underscored our own liberty to rekindle our love after more than a quarter of a century.

After Lady Liberty, we traveled back into the city and walked the streets just as we did as adolescents.  We clamored through Times Square buying souvenir T-shirts and then stopped at the 9/11 Memorial, wallpapered with tributes.  Even in the noisy city, there was a hush around that place, the line a human ribbon winding around several blocks, as people waited to honor the dead.

Finally we found the Waldorf Astoria.  I couldn’t remember much about its former state as we stepped inside the lobby.  The statue was gone where we had taken the picture in 1973.  But we found two chairs in the ivory and yellow vestibule, and sat down to reflect upon this place that seemed to hold a segment of our history.  The chairs were not particularly close together, but we clutched hands to bridge the chasm between us, a metaphor for the abyss of ocean we were trying to span.  We didn’t say anything to one another, each of us lost in our thoughts.  It was almost as if we had stepped into a cathedral and were kneeling before an altar of our relationship, silenced in the awe that we were together again.

We simultaneously arose, as if from some deep meditation, and stood before a colossal flower arrangement, each taking a turn to get the other’s photograph.   We persuaded a passer-by to take our picture together, a kindly person with no knowledge of the destiny he captured in that one still moment.

Find out what readers are saying about An Ocean Away...