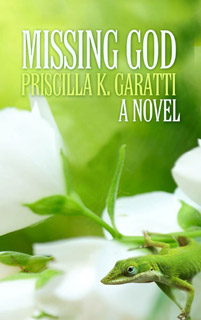 Today’s the day, Emily decides. With quick precision Emily begins to pack for the beach. The last time she went to the beach was with Sal a few days before he died. That was the one place he liked to walk besides the golf course. And so they had gone often—it was one exercise he didn’t usually refuse. That day they walked out on Folly Pier, its extension like a magical pathway over the foamy blue-green ocean. Emily remembers the sensuality of that day, the breeze a caress, the smell of salt. They stopped at the end of the pier and rested on a bench, both of them lost in their own thoughts. Sal straddled the bench, his face turned up toward the sun, catching the last traces of heat as the day ended. She leaned on Sal’s back and placed her head on his shoulder, mesmerized by the gentle whooshing of the waves. She could see birds far out on the horizon like dark Chinese lettering ink-stroked on the water, feel Sal’s body warm against her cheek.  As she slips on her black tankini the memory does not put her in meltdown, and she laughs to herself that Sal always wolf-whistled when she wore the two-piece bathing suit and would say, “Well I may have the body of a whale, but you Ems, you’re one hot babe.” Oh, God, she loved him for that.

As she drives to Sullivan’s Island, she feels glad to be out. The day is bright, the sun a golden coin. When she stops at a light the driver in front has a personalized plate that says “SKY.” Suddenly she feels hopeful as she reads the word. It’s probably someone’s name, she thinks, but Emily automatically pairs the word with all the ways she loves the sky—each time it brings her pleasure with all its changes and colors. Today she notes it is deep blue, the clouds great heaps of white.

Emily parks her car on a side street and walks toward the beach. She can feel the sun beating through her straw hat and hear the faint cries of seagulls, the waves like a siren song beckoning her. It never ceases to surprise her, that catch in her heart when she rounds the sandy pathway and sees the first glimpse of the ocean, shimmering in the distance. It is never very crowded here and today Emily sees the green, orange, yellow and red umbrellas set up against the backdrop of sky and sea, lifesavers of color. She increases her pace and finds a private space to unfold her beach chair. Never one for simply lolling in the sun, she opens the novel she’s reading and basks in the fact that she’s done something different today, something it took every fiber of her will to do without Sal.

Emily senses him before she sees him. She has drifted off to sleep, her hat over her face, the book facedown on her lap. Emily lifts her hat, squinting against the sun and sees a little boy standing close to her beach bag. He is probably Benjamin’s age. He has spindly legs sticking out of his swim trunks, his smooth skin the color of café mocha. And she literally gasps at the intense blue of his eyes, as blue as Megan’s. His lips curl into a grin and his teeth are like little pearls set in his rosy mouth. His hair is frizzy blond brown. “Hey lady,” he says. “The wind blew my beach ball over by you. I was just getting it. Didn’t mean to wake you up.” His voice is like a wind chime. “It’s okay,” Emily says.

“You live in one of those big houses around here?” he asks.
“No, no I drove over today because it was such a gorgeous day.”
“You come here a lot?”
“No, I haven’t been to the beach in over a year. Today’s the first day I’ve been back.”
“How come?”
“Well, my husband died and it was just too sad for me to think of coming without him.”
“Did he like the beach, too?”
“Oh, yes. He loved it.” Tears suddenly began to roll down Emily’s face. She can’t stop them. They come without warning, out of her control.
“It’s okay, lady,” says the little boy. “I cry sometimes. I cry when I’m sad.”

He puts his small hand on her shoulder and she can feel it is sticky and warm, scratchy with sand. She is sobbing now, her wails blending with the rush of the waves. The little boy pats her shoulder and doesn’t move away, the sand from his hands trickling down her back. Emily places her hand over his and holds it there for a minute. The little boy looks down transfixed at her hand, “Those are really pretty moons on your fingernails.”
“Yes.” Emily splays her fingers over the curve of his beach ball, and says with shuddering breaths as she looks into his innocent face, “I like moons.”

“O-shun, O-shun, where are you?” The little boy’s mouth makes a perfect cherry “o” and his eyes go wide. Emily can see the fullness of his eyelashes, elegant as lace. He doesn’t have a look of fear, but it’s as if he’s come back to consciousness. “That’s my mommy calling me. She gets scared if she can’t find me.” At that moment Emily sees a woman walking toward them. Even from a distance Emily can tell she’s young. The woman breaks into a run toward Emily and when she reaches the boy grips his arm, not harshly, but protectively. She looks relieved and pants, “Ocean, I’ve been looking all over for you.”
“Sorry, Mommy,” he says, his sandy hand shielding his eyes as he looks up at his mother.
Emily quickly sits up straighter in her beach chair and says, “I’m afraid it’s my fault. I’ve been talking to him.” The woman glances at Emily’s tear-stained face and thrusts her hand out. “Hi. I’m Isis, and I guess you’ve already met Ocean.” Emily thinks to herself these names can’t possibly be for real. Wasn’t Isis the goddess of something or other—fertility maybe? And Ocean? But she quickly extends her hand and smiles, “I’m Emily.”
Isis is slender as a reed and Emily sees an orange string bikini through the gauzy material of her cover-up. Her skin is so white that pale blue veins show beneath it. Her hair is pulled back in a ponytail. Emily can tell that she is a natural blonde, yellow and platinum strands loose around her temples. Even though Isis is squinting, Emily sees the blue sparkling slivers of her eyes and realizes Ocean’s are identical. The shade of blue reminds her of the marbles she played Chinese checkers with as a girl. Emily notices a small star tattooed between the webbing of her thumb and forefinger as she holds her son’s hand. What is it with these young girls and tattoos?
But now Emily realizes she is staring at Isis and says, “Would you and Ocean like some fruit? I’ve got fresh strawberries.” And somewhat to Emily’s surprise Isis replies, “Sure.” Isis spreads out a beach towel she takes from a crocheted bag the size of Alaska and tells Ocean to sit down by her. When Emily joins them on the towel, she notices Isis smells just slightly of Patchouli.
Emily opens the plastic bag and places it on the towel. She hands Ocean a wet wipe and says, “So we won’t have sand with our fruit.” Ocean carefully cleans his hands and then says, “There, all done. Thank you. I love strawberries.” “Me, too,” says Isis. “Me three,” says Emily. She smiles at these two peculiar people who have suddenly appeared in her life. She guesses Megan would say she is getting some kind of “soul instinct” about her encounter with Ocean and Isis. Just yesterday Emily wished she could be Amelia Earhart and fly off the map, but today is different. She feels the sun-soaked sand warming her legs through the towel, the sky like the face of God. She rakes her tongue over dry lips, gritty with sand and the taste of tears.

Find out what readers are saying about Missing God...