My hope is to offer encouragement to writers as well as to those who simply love to read. You will find snippets of things I am working on and special announcements here as well.

Hello Kitty And A Question In A Jar 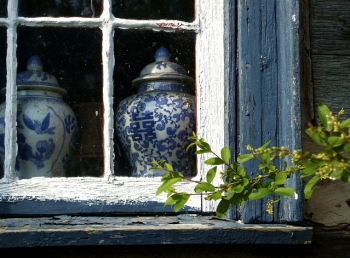 I noticed the pink Hello Kitty coffee cup first--the unmistakable tilting bow resting on the kitten's ear. No mouth.  I stood in the meandering line at the grocery store.  Buying decadent pumpkin bars and other Thanksgiving fare was going to take awhile.  I smiled at the Hello Kitty lady.  I wanted to keep reading the People magazine as I waited, but the Hello Kitty lady interrupted, "I saw you looking at my coffee cup.  I'm obsessed with Hello Kitty stuff."  It was then I observed the gray sweatshirt--Hello Kitty spelled out down one of the sleeves, and the kitten's unforgettable face emblazoned on the front. The woman turned to face me, and when she did, automatically smoothed the gentle mound of her abdomen, almost like petting the cat icon's head.  "Yeah, I'm hoping the baby's a girl.  I want to decorate the nursery in all things Hello Kitty."   Then before I could close the pages of the People magazine, the Hello Kitty lady pulled down her lower lip. We were so close I could see the French manicure, the white tips contrasting with the pink lining of her lip.  At first I didn't know what was happening, what she was doing.  But I leaned just slightly forward and saw the teal-colored miniature head of Hello Kitty tattooed inside her lower lip.  I shook my head in disbelief.  "I know," she said and patted her lower lip with those French tips and chuckled, "It's true.  I love Hello Kitty."  At that moment the Hello Kitty lady gasped, "Sorry, I've been talking so much, I haven't been paying attention to the groceries."  And when she bent over to remove the Tide from the bottom of her cart, there displayed across black yoga pants were the words "Hello Kitty." 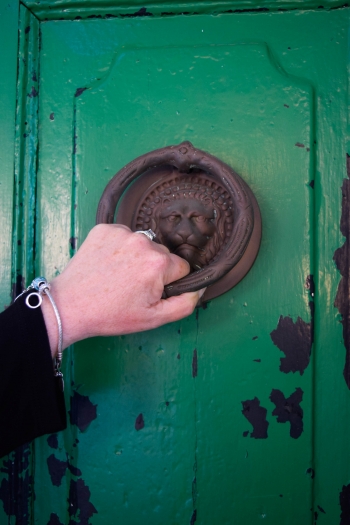 I am fascinated by doors and gateways. What mystery might await me if I twist the knob and walk over the threshold--push open the gate?

This week I decided to "open" a metaphorical door--my morning pages.  Four years ago, I began a spiritual practice of writing three pages in the mornings.  I learned this practice from Julia Cameron, the renowned author of The Artist's Way.  She recommends writing three pages of stream of consciousness longhand before the day begins.  I have come to count on this practice as a form of prayer.  I am frequently surprised that sprinkled between the mundane lines of "it's hard to get up and go to work one more day" (and the like), often what surfaces are deeper insights such as, "Rest is my best weapon."

At this time of year, nearing the end of 2016, I opted to go back six months to those pages and reflect--see what floated up.  God seemed to speak to me.  Comfort me. Affirm me. It was as if I opened one door and a hallway of doors became evident.  I share some of  these portals of reflection here.  There were so many, I could not share them all--that "over-supply" that is God's way. You are welcomed to use the phrases that brimmed to the surface as a means of validation from the One who adores you, who is delighted with you--who is for you.  Add your own.

The Irresistible Allure Of The Page 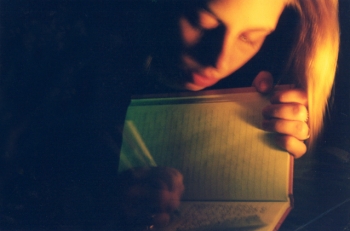 I so want an ocean-size block of time to work on quotes and pictures and poems...my greatest need--I bump up against it time and again--is uninterrupted time alone. ~Journal Entry

Three nights ago I lay down to sleep and thought, "One more day."  I could almost taste the upcoming time off.  I felt weary from the grueling pace of managing hurting clients, too many meetings and endless paperwork.  Then the unexpected.  A training class was cancelled and my boss said, "You have the time planned away from the office.  Go ahead and take the day off."

I ran for the page.  Writing for me is refuge from a cacophonous culture.  I enjoy writing in longhand.  I make sketches of images that surface.  I record quotes and poems.  And this day, this serendipitous day of latitude, prayers flowed from my pen. 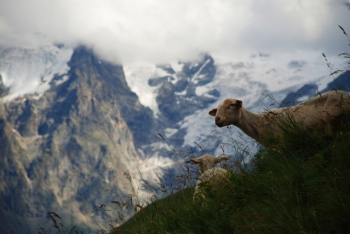 The reporter interviewed the Middle Eastern shepherd about his vocation, but I lost track of the main point of the story.  All I could focus on was the lamb the shepherd held on his hip.  The lamb's legs dangled down toward the shepherd's knees, the creature perfectly relaxed, its eyes at half-mast--drowsy, peaceful.  The shepherd continued to speak with the reporter, but never loosened his grip on the vulnerable, white-faced lamb.  In that dusty, hostile terrain, I noted the sweetness of the shepherd's embrace, the lamb's silent trust.

The shepherd interview made me think of a recent interaction.  I received a phone call from a woman I'd not heard from in months.  We used to work together and occasionally went out to lunch. She'd moved on to another job.  Our lunches were often sprinkled with converstation about our faith in God.  I was honestly surprised to hear from her and even more startled at her direct question after our pleasantries. "Priscilla, what would you say is the most important aspect in your relationship with God?"

"I'm curious why you're asking?"

"I'm not sure, really.  I think maybe because whenever we were together you often spoke about the importance of grace. I'm not sure I understand grace.  You came to mind.  I know we've not spoken for a while. Sorry if I'm catching you off guard." 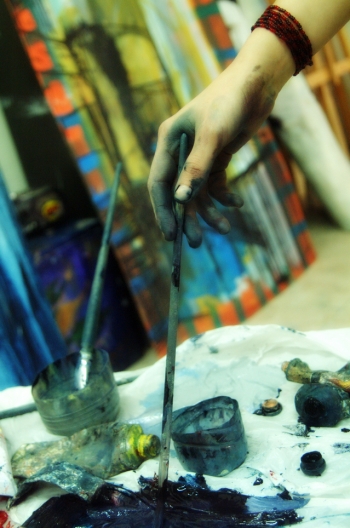 Fog covered my view of the city as I drove across the bridge.  I thought of the story in the Old Testament when God led the Israelites through the desert--a pillar of cloud by day, a pillar of fire by night. This low-lying cloud seemed to symbolize my artist's journey for the last fifteen years--following that metaphorical cloud--trusting I'd be led to the next stop.  These thoughts ran through my head as I made my way to a writing workshop.  The location for the class was close to my house.  I had confidence that I'd find the Eclectic Cafe quickly.  I'd be early.

I missed my turn.  I became lost in my own city.  My GPS went berserk, and I drove around in circles.  Finally, I stopped and asked for help.  "Where is Spring Street?"  I spoke loudly from the car window, the fog still thick.  The kind woman's face looked blurred.  She yelled back, "You're close.  Go straight, and it's to the right."   Thank God.  I sweated with apprehension.  The workshop had already started. I would not be early.  I hated being late, everyone looking at me, an interruption.

I couldn't find parking--so many one way streets.  At one point I drove down a street the wrong way, another driver enraged and flipping me off.  How could I be so stupid?  My thinking gradually deteriorated as I drove maniacally looking for parking.  "I might as well pack it up and go home; it's hopeless.  I'm already late."  I sat at a stop sign ready to turn right and head home, then looked up and there just across the street was an open space.  Was I hallucinating?  There were no "Two Hour" parking signs--no "Parking Pass Required" warnings.  I'd have a long walk.  I'd go.  I arrived sweating and somewhat off kilter--very, very late.  But there at the table sat five other smiling artists who welcomed me, embraced me.  "We just now started. Sit down.  We're so happy to see you."