Star Of The Sea

It would have been nice to be back together, even briefly, in that pool of memory where no one else would ever swim.~Margot Livesey (From The House On Fortune Street)

My sister, Mary Anne, died in 2017. Her name means Star of the Sea; Grace; Beloved. These descriptions encapsulate the person she was. Due to COVID, I am not able to travel to gather with family and spread her ashes under a grove of Aspen trees. I mourn the fact that I cannot be there in person. I offer my tribute, and perhaps my words will blend with the whisper of the Aspens to create some form of presence.

Our family would all, even briefly, want to swim in that pool of memory with her. For one more day. What would she say to us?

The Next Right Thing 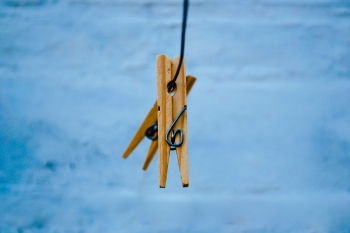 She saw where someone--a wife, surely--had hung a sprigged cotton sheet on a laundry line, and she found herself moved by the picture it presented.~Yoon Choi (From Skinship)

When I'm Italy and walk the streets of my husband's little town, I often see laundry pinned up on the line. There is a sense of poignancy about the image. The clothes gently moving in the breeze remind me of how life goes on. Sometimes when I've passed through a narrow street, I've heard women calling to one another from their windows as they hang up the clothes, their laughter and melodic language echoing down the road. No matter what is happening in the world or in our lives, the clothes must be cleaned, the floors swept, the countertops cleared of spilled sugar and bread crumbs.

There is a slogan from Alcoholics Anonymous that I keep close. Do the next right thing. Often I'm vividly paralyzed with the difficulty of life and by my own set of weaknesses, the state of the world. But this phrase reminds me that each day of life is holy. Often this slogan moves me out of the frozen place. Brew the coffee, read the Scripture, chop the carrots, take the walk, send the text, go to bed. 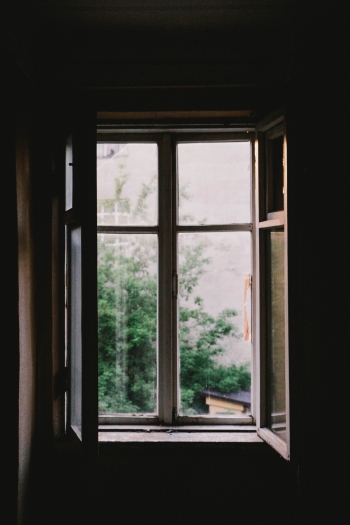 And it never failed that during the dry years the people forgot about the rich years, and during the wet years they lost all memory of the dry years. It was always that way.~John Steinbeck (From East of Eden)

In the early morning, I like to sit in a corner of my living room. I lift the blinds, and from that vantage point where I sit, I can see the sky begin to be fill with the entrance of the day. Like liquid gold. Streams of light. The other morning, even with all the beauty, I began to lament the earth's turmoil over these last months. I felt helpless to stand up to the giant of Covid and the chaos that pummels our culture. I felt heartbroken for the world's vulnerable children. I began to journal my thoughts, and sometimes when I write, I draw sketches in my notebook. The drawings are not very good, yet sometimes they yield something I need to see. I drew a window with light pouring through it. I realized when I looked at the drawing, that a cross emerged where I made two lines to form the window panes.

I thought to myself, I must remember what is true, even in the murky darkness. The emerging cross reminded me. Jesus promising to never leave, His constant presence an anchor and a comfort during all times. Then in my reading from Psalm 8:2 (TPT) You have built a stronghold by the songs of babies. Strength rises up with the chorus of singing children. This Kind of praise has the power to shut Satan's mouth. Childlike worship will silence the madness of those who oppose you. Then this footnote: It is amazing that perfected praises do not rise to God from the cherubim or seraphim, but from children and babies, the weakest of humanity. 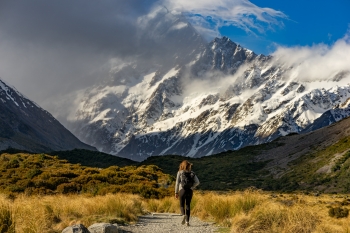 How can we know which days will be the turning points?~Sarah Crossan (From Here Is The Beehive)

I asked the protagonist in the novel I'm writing, "What are you longing for?" As an author I must know the heart cry of my characters. And she did "speak" to me so that I can continue to write her story.

I longed for margin for at least a decade. A broad place in my life where I had room, space to think, to wonder, to pray, to write. I would get slivers of what I desired, yet it seemed I never entered that spacious location and stayed for more than a few days. There were things to learn. Other places to go.

It is only this week when I mused on my character's longings that I stopped to ponder my own heart's desire. Caused me to appreciate the moments I experienced turning points over that decade of days.

I am seeing more and more that we begin to learn what it is to walk by faith when we learn to spread out all that is against us: all our physical weakness, loss of mental power, spiritual inability--all that is against us inwardly and outwardly--as sails to the wind and expect them to be vehicles for the power of Christ to rest upon us. It is so simple and self-evident--but so long in the learning.~Lilias Trotter

Last week my daughter said, "I finally watched that movie you recommended to me awhile ago. Many Beautiful Things. Oh, it was so well done. I loved it." I remembered making the recommendation, and replied, "You know, I was never able to find the movie. I just heard about it and wanted to watch it."  My daughter exclaimed, "Oh, Mom, you've got to watch it; it's on YouTube now."

The movie is about the life of Lilias Trotter. She was a painter, writer and missionary to North Africa during the Victorian era. The movie reveals how a modern day woman became so enthralled with Lilias that she worked for decades to find her lost art and letters that she'd written to John Ruskin for over two decades. Ruskin, an English writer, philospher and art critic became aware of Lilias Trotter and her artistic gifting. He told her that he could promote her and create a platform for her in the art world that would lead to renown and prominence. After this offer, Lilias was thrown into a crisis of faith. She had a heart to minister and help the downtrodden, the poor and underserved. She ultimately chose to travel to Algeirs with two other women to serve the Muslim population, especially the women and children.