What Would Mr. Rogers Do If He Met Donald Trump? 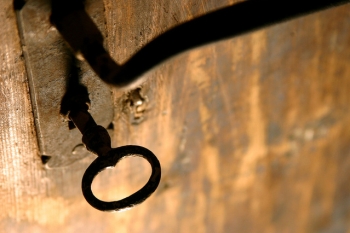 Photo by magda from FreeImages

Actually, God considers all of humanity to be prisoners of their unbelief, so that He can unlock our hearts and show His tender mercies to all who come to Him.~Romans 11:32 (The Passion Translation)

I wept through a movie this week. That kind of crying where tears stream down your face and roll down your neck. Where all the mascara pools under your eyes and leaves black smudges. A Beautiful Day In The Neighborhood is based on a true story about the relationship between a magazine writer and Fred Rogers  The magazine writer had established a reputation of being overly harsh and cynical in his reporting. No one wanted to be interviewed by him. His editor at Esquire assigned him to interview Fred Rogers, the only person who would agree to an interview with him. The writer responded with sarcasm, "You mean the guy who talks to little kids? Has all those puppets?" His editor assured him that's who she was talking about. Reluctantly he accepted the assignment, and ultimately his life was transformed by the kindness, love and authenticity of Fred Rogers.

Mr. Rogers didn't judge the writer regarding his acrimonious and bitter demeanor, but rather welcomed him into his world with no judgment or pretense. Validated him. I thought to myself, "Who am I not loving like Mr. Rogers would?" Immediately Donald Trump came to mind. I'd joined in with all the late-night hosts in laughing at Trump jokes, expressing disdain and contempt toward him. I asked myself, "What if Mr. Rogers met Donald Trump. How would he treat him?"

Perhaps he would have invited Donald into his neighborhood television set, as he did the magazine writer--let him see how he interacted with children. Introduced him to Daniel Tiger.  Asked him, "What special toy did you have as a kid?" Told him that he liked him just the way he was. I can imagine that even Donald Trump might melt in the warmth of Mr. Rogers' kindness and empathy toward him.

This last week when I've leaned toward derision regarding the pugnacious and vitriolic behaviors of Donald Trump, I've attempted to think of him as a little boy trying to find acceptance and love. Trying his best. Did he ever have someone like Mr. Rogers in his life? Mr. Rogers cultivated a habit of praying for people by name as he swam laps. I could pray for Donald Trump by name, even though I didn't necessarily agree with his politics or like his behaviors. I could pray that he be surrounded and influenced by God's grace. That God unlock his heart and show him tender mercies. I could do this, because my heart, too, is a prisoner of unbelief. I, too, need God to unlock my heart and show me His tender mercies.

Tweet
Published in 2020
More in this category: « Nostalgia The Noise Of Change »
back to top