Echo Of The Keys 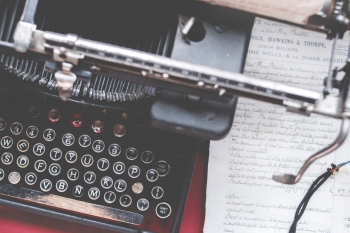 In the dark night of the soul, I reach out to assure myself of things not seen. I must lay my hands on the side of the tree, must feel the prick of grass on my skin, must smell the dirt, must sing to myself a brave lullaby in order to sustain my hopes.--Scott Russell Sanders (From Staying Put)

There are months or years or seasons that feel unbearable. I have been tasked to think of some of those times that felt that way for me as I move through a 12-week study in the book by Julia Cameron entitled, It's Never Too Late To Begin Again. She asks the reader to divide their lives into five year increments, then asks several questions to consider as one remembers that time frame.

Questions like: "Whom did you form new major relationships with in the period?" "Where did you live?" "What was your community during this period? Was it satisfying, complicated, dramatic, supportive?" "What sound do you remember during this time?"

As I thought about some of Ms. Cameron's questions, I remembered my college years. Even having an amiable roommate and surrounded by other students, I was lonely. A major relationship with a boy had ended and I felt abandoned. There was pressure to keep up my grade-point average while working as a reporter for the college newspaper. I was the pledge trainer for my sorority house. I'd been elected to that position by some arm twisting. The anxiety of attempting to manage twenty plus young women with all the sorority regulations was overwhelming. Yet I remembered a "sound."

When I sat at my desk and wrote term papers and poems, I heard the rhythmic clattering as I pressed the keys of my manual typewriter. The ding of the bell acted as a legal stimulant. Writing was an anchor during that period of grief and uncertainty, life pressures. I can still see my young hands, my nails painted pink pearlescent, resting on the keys as I thought about my next sentence or word for a poem. A thick thesaurus lay open on the floor by my orange vinyl desk chair.

While some of these memories brought me sadness, I paused to consider my resilience during that time. While I didn't experience God's nearness, I never believed that He had forsaken me. My faith held. And my 19-year-old self did not quit. I forged ahead, believing somewhere deep inside myself that I had a good future. I had a belief that God was good, that He saw me. Loved me. I chose to trust Him, even though I couldn't see anything very promising about my life. Perhaps placing my fingers on the old typewriter was like singing to myself a brave lullaby, the echo of those keys resounding in my dorm room the sound of hope sustained. And writing remains an anchor these decades later. And that boy who disappeared now my husband.

Tweet
Published in 2022
More in this category: « A Rectangle Of Sky Using Everything You Have Learned On The Way »
back to top