The Safety Of Simplicity 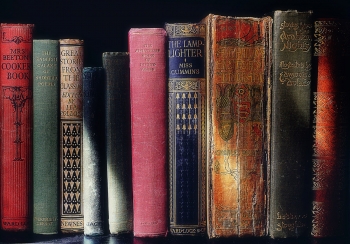 She made asterisks next to passages she liked,

little stars that kept shining after she closed the book. ~Billy Collins (From Musical Tables)

This week I found a poetry book in the library, Musical Tables, by Billy Collins. All the poems are short. The author stated that when he peruses poetry books, he looks for the short poems. I do too. Maybe when I look for short poems, I am really searching for simplicity.

I recently talked to a friend who told me some painful, unexpected circumstances had occurred. He said, "Honestly, I feet gutted and I don't really know what to do next." He said he was trying to "keep things simple" in order to survive. He told me that on one horrible day, he cleaned his house and listened to music. He stated that it seemed rather trite to clean house and listen to music when his world felt as if it was imploding. "But it helped," he said. Another day he said the feelings of uncertainty felt so overwhelming he turned up the volume on worship songs he was listening to, fell on his knees and sang, praising God. That simple, authentic act of surrender encouraged him.

Also this week I watched a movie, Men Don't Leave. The film was made in 1989, but it still has relevance as life is not predictable and filled with loss. In the movie, a little boy keeps praying before he eats, "God is great. God is good. Let us thank him for our food," even after his father dies in an accident and his mother falls into a deep depression and his older brother is angry and will hardly speak to him. When I was a girl, this is the prayer I said before meals. Even as a child, I felt embarrassed by that prayer--like it wasn't enough, or eloquent enough for God. Too simplistic. Yet like the boy in the movie, I bowed my head and voiced over and over again that God is good and that He is great. I declared every night before dinner that I was thankful for God's daily provision. Perhaps God loves short prayers too. Perhaps keeping it simple is the safest place to be when we don't know what to do. Perhaps our acts of simplicity are like the asterisks next to the passages we like in the book. Little stars that shine in life's dark corners.

Tweet
Published in 2023
More in this category: « The Inspiration Of Flora Molton The Beauty Of Being Seen »
back to top