The Martians Are Crying 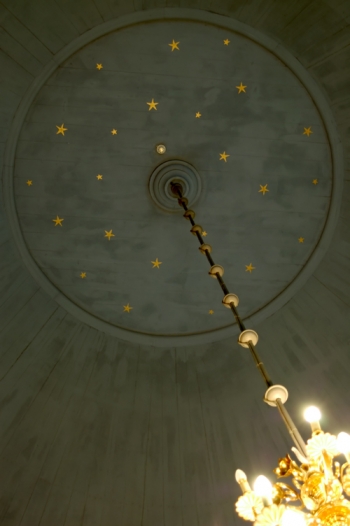 We sat around their little white art table.  Baby Jonathan held a miniature rubber basketball and gleefully chanted "ball, ball, ball."  Lilly drew a picture on pink paper.  I marinated in their midst absorbing the innocent presence, embraced by their peace, the warmth of our fellowship.  "What are you creating, Lilly?"  I asked.  On her sheet of pink paper she'd drawn multiple pairs of eyes in black ink--dotted lines spilling from the eyes down the page.  "These are Martians.  The Martians are crying."

It struck me then that perhaps a four-year-old had unconsciously tapped into the Zeitgeist of our world.  Weeping, weeping, weeping for all the tragedies stacked up so high we can barely breathe.  If Martians were looking on at our planet they surely would be crying for us.

Earlier in the week, I'd awakened with a prayer in my mind that poured out of my lips.  "Teach me how to rejoice, God.  Help me learn the art of rejoicing."  Where did this prayer come from?  This was the polar opposite of what I should be feeling, what I should be expressing.  All this racial unrest, all this killing and pain--the confusion and uncertainty--the trauma and blood.  Could there be a place for rejoicing? 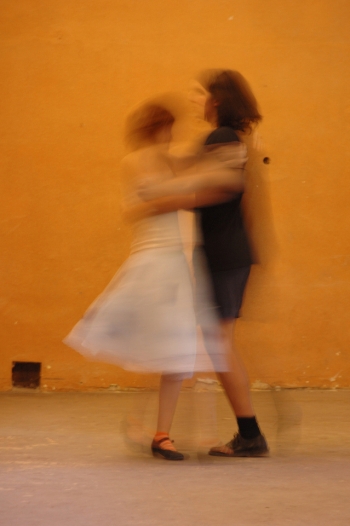 I was looking for a poem.  I kept thinking I'd probably find it in a box buried in the depths of my closet.  I had approach avoidance.  Part of me wanted to open the box, but another part of me didn't.  The box held journals from my adolescence, college term papers I'd written--and my collection of poems I'd composed over the years. The poems were what I really wanted to uncover.  I was looking for one in particular; the piece had been published in a literary magazine, Forthcoming, at my university.  I'd other poems published before that one, but they were morose.  Those were the ones I wanted to avoid. They were written at a time in my life when I thought I'd never recover from grief.  I suppose they were published, because other people could relate to the despair of life gone wrong--life gone sad. But I really wanted to find that one poem. I could remember being especially pleased with the imagery in it, but more I wanted to read and capture again that decision I'd made to choose life, to keep going after Giovanni and I had broken apart. That poem seemed to mirror the feeling of hope I was looking for.  I wanted to use the piece in the new book.

At four a.m. I awakened, the box still on my mind. "Just open it, Priscilla, for God's sake."  I grabbed a footstool and eyed the box on the top shelf.  I wrestled with shoe boxes stacked on top of it and finally dragged the box down.  The carton was heavy, weighted with paper, weighted with memories.  I unfolded the corners on the box top and nostalgia surfaced.  I saw again the old college folders, the spiral bound notebooks, my handwriting unchanged.  Seeing handwriting often startles; it's so distinct.  When you see the curves and loops of the letters, it's instant recognition.  I grabbed the blue notebook first.  There was doodling on the cover, along with the seventies pricetag--49 cents.  I wrote with red ink. 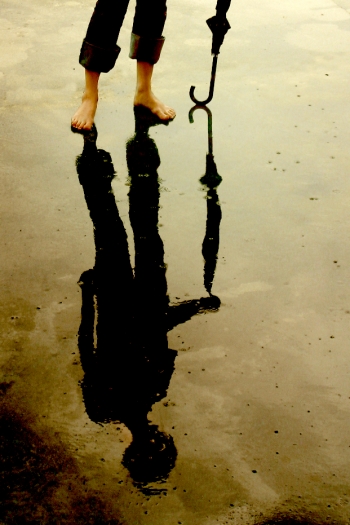 I'd pluck a flaming orange hibiscus flower and place it in my upswept chignon I wore that summer I lived in Hawaii--that summer I was twenty-one.

I'd left my home in Texas with one suitcase and flew alone across the ocean to join a group of college students for Bible training in Honolulu.  My faith was new, and I'd been apprehended by the lure of adventure--go to Hawaii, and receive training from renowned Bible teachers.  I was fearless.

It's a good thing I was.  The assignment was to live at a girl's school closed down for the summer, get a job by day and go to Bible school in the evenings.  I had simple faith I'd be able to do all that, was excited by the challenge.  And sure enough, I got a job handing out fliers for a Filipina hair dresser on a busy street corner in Honolulu.  The salon owner paid me cash every day.  God gave me favor with the young man hired to drive all us kids around the island.  The driver took me to work every morning and picked me up every afternoon. Sometimes he'd even drop me off at secluded beaches he found where I'd snorkel or find troves of gorgeous shells--my introverted self totally alive in the solitude of the blue sea and smell of salt. And the Word came alive to me those nights of study.  Every Sunday I went to a church that was so relaxed there were no sermons.  The church members happily greeted us students each week and placed leis around our necks. We sang worship songs for two hours, the fragrance of flowers filling the sanctuary. 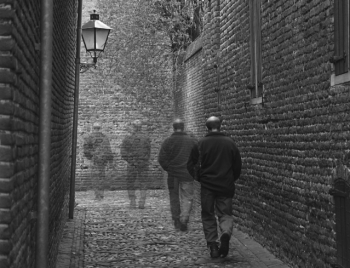 The complexity of death is like a thousand rooms, difficult to accept--memories of the one gone like narrow lines of light at the bottoms of doors, locked for eternity.

This is how I feel as I stand in front of those locked doors grieving my colleague who died this week. Over the last year he'd been having some medical problems, but he'd been back at work, and we'd been finding a rhythm again--a rhythm that we'd forged for over a decade.  I grew to know what he was thinking before he even spoke.  He knew when I was likely to forget an item or two and completed the task without criticism.  We did not socialize outside of work, but I knew details of his family and he mine.  He had a way of listening to everybody, really.  But he listened to me too.  He'd place his hand on his chin and provide full attention, his gray-blue eyes locked on mine.  When I finished speaking, he might sit quietly and nod, or say something so salty or funny that I instantly felt better.  He could read the moment and knew what to say. Some days we were so busy, I hardly ever saw him.  Other days, we worked side by side.  We could be quiet together without saying anything.  We trusted each other.

The Velocity Of His Affection 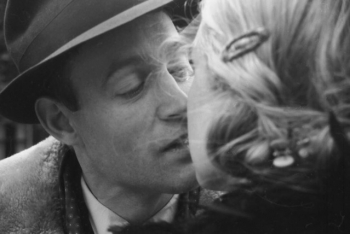 One regret, dear world, that I am determined not to have when I am lying on my deathbed is that I did not kiss you enough.~Hafiz

I felt surprise.  I posted a "tweet" on my Twitter page that drew a volume of "likes" and "retweets."  The tweet simply read:  We should all kiss more.  I'd even believed the tweet was slightly dumb, and thought of deleting it.  Yet I had tweeted it for two reasons.  The first is that I so enjoy a lovely kiss from my husband, the warmth and affection of his lips welcomed, especially after a heavy day spent in the halls of duty at work.

The second reason is that I do believe that God's affection toward me is so like a pleasurable kiss.  He makes His presence known to me and I feel the velocity of His affection revive and invigorate me on the pilgrim way that is my life.  And I do believe that He wants me to feel His affection in my emotions.  My relationship with God is not merely a cognitive, robotic alliance.  My relationship with Him is filled with experiences that I cherish.