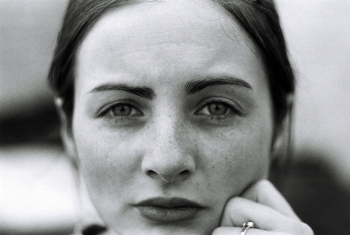 Every now and then I share an excerpt from the book I'm currently writing.  The working title is The Intensity of Romantic Gestures. (I've found that working titles are often subject to change,) The book picks up where An Ocean Away leaves off.  While the new book continues to reflect my experience in marriage, it much more chronicles a spiritual journey, God's gestures, too, mysteriously, uncannily romantic. 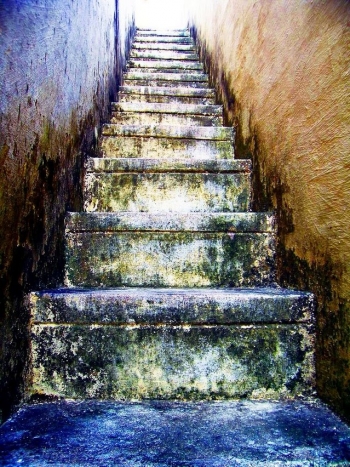 I awakened to the incessant beeping of my alarm.  Was the night's rest already over?  Could it be that those seven hours had evaporated so quickly?  The clock face did not lie.  I lay there in my darkened room not filled with happy expectancy for the day.  Instead, my mind began to enumerate all I had to accomplish at work; the "what ifs" and worrisome thoughts soaring like deadly arrows straight for my heart. "What ifs" in my life usually come in the form of fear of the future: "What if I really don't have what it takes to retire and move abroad with my husband?"  "What if I never get good at the language?"  "What if I run out of money?"  "What if I can't handle missing my children and grandchildren who remain in the States?"  "What if I get some horrible medical problem and I can't explain what's wrong with me in my second language?"  The "what ifs" began to spin into a cacophonous blur.  I had to face the day.

Gratefully, I'm learning to better manage episodes of the "what ifs."  My most helpful coping skill is allowing God to speak to me by words that He has provided over the years and months.  I keep them tucked away in journals, on scraps of paper, underlined in my Bible.  It's almost as if I just need to get to the staircase that I know leads to the light.  I can almost hear the light at the top of the stairs. I simply need to begin climbing up toward that sound--that sound of His voice that I recognize...

Our Place In The Sun 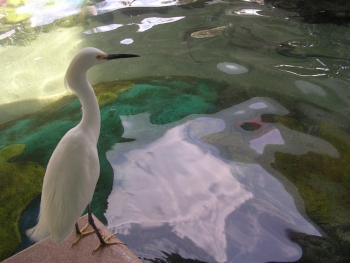 The words came quietly through a text on my cell phone.  After almost eight years, there was good news.

My husband and I bought our house several years ago without realizing what was at stake regarding the property. At the time of purchase, all we knew is that we had a brick home on a large piece of land, our privacy guaranteed on a road with no outlet--a lovely tidal creek at the end of our street.  It was our place in the sun, the beach just minutes away.

We soon learned, though, that there was heated and controversial debate in our city regarding a massive road project to extend an already existing parkway.  And that extention would go right through our street, the tidal creek destroyed. Our hearts grieved not only for the possibility of losing our privacy and home value, but also for the potential destruction of the distinct and lush geography that typifies the Lowcountry of South Carolina, and the habitat for so many tidal creatures that live and feed at the creek.

Giovanni and I became active with a group fighting the project.  We attended strategy sessions for the group and countless city council meetings in order to lend a voice against the project.  We wrote letters to the editor. It appeared at almost every turn, however, that we fought a losing battle.  The city council approved the project.  There was one problem.  A big one.  When the idea for the road was birthed, over 400 million dollars of the Infrastructure Bank of South Carolina was set aside for completion.  Now after so many years of postponements and delays, the project would now cost over 700 million dollars. The city council wanted to move forward witih a penny sales tax to cover the extra millions.  But that ten-word text after all these years and controversy settled things.  I read:  "The South Carolina Infrastructure Bank voted to kill the project." 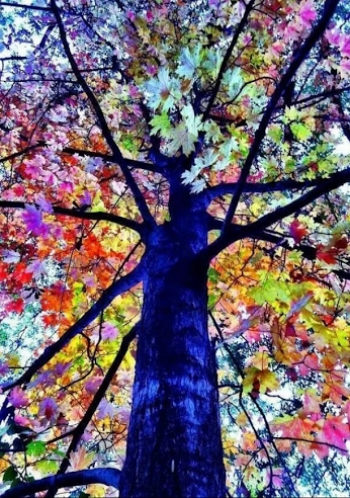 I was literally shuffling through the files on my computer (can one shuffle on a computer?).  I found a picture of a tree that I didn't remember saving.  And it just wasn't any tree, as you can see for yourself. Its mighty, dark trunk appears to soar into the sky, its leaves surreal in their brilliance.  I felt connected to this picture and placed it on my desktop screensaver.

Sometimes I find that if I'm especially drawn to an image, I sense God may be making a point in my life.  And sure enough the theme of the tree continued.  The evening after I found the picture, I attended a night of worship at a creative arts workshop.  One of the artists painting during the worship created an image of a tree, its branches receiving fountain springs of water from below the earth as well as embracing rains pouring from the sky.  Then the speaker provided a word taken from Psalm 1:  They are like trees planted along the riverbank, bearing fruit each season without fail.  Their leaves never wither, and in all they do, they prosper.

What was the concept God wanted me to get?

The Shallow End Of Lonely 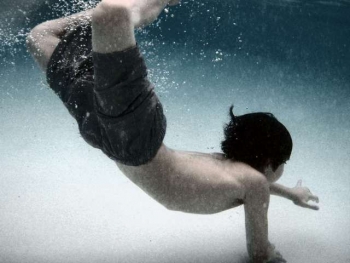 He looked dispirited--hanks of greasy blond hair plastered to his forehead, dark circles under his eyes--like he hadn't slept in about a hundred years.  "Arthur (not his real name), you look sad," I said.

"I am, Priscilla.  You'll never guess what happened. Victoria (not her real name) broke up with me.  I haven't been able to sleep. I've been obsessing about how she could do this.  I mean we were thinking about marriage."  He stopped talking and looked down at his hands.  He sighed.  The ticking clock in my office seemed unusually loud as we sat together.  I gave him time to say more.

"Priscilla, it was just so quick.  We woke up one morning, and I went to the kitchen like I usually do and began making the coffee and toast.  I even remember I was whistling.  I felt happy, Priscilla, that I had a woman in my life that I loved."  At that point, Arthur raised his head, made eye contact and swiped at the hair now covering one of his eyes.  "She came right into the kitchen, Priscilla, and just said, 'I can't do this anymore, Arthur.  We've moved too fast.  I need to get out of the relationship.'  And she's gone, Priscilla.  Gone."