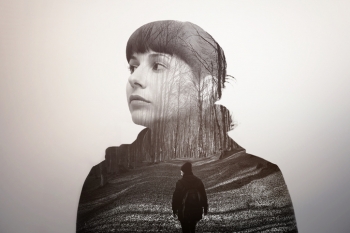 How deep is your love? I really mean to learn.~Bee Gees

The movie practically jumped from the library shelf. Nostalgia. I'd watched it a couple of years ago, and the subject matter had a meaningful impact--so many of the themes I relate to integrated into a movie. Time, memory, grief and love. I decided to watch the movie again. This time the impact was no less great, but perhaps more poignant. This time I watched, I was experiencing some of the same dynamics as the characters in the movie. Giovanni and I readying our house for sale and beginning to pack up our belongings.

In some ways, I'm not ready to move from this home. I've become comfortable here, like a favorite pair of shoes. They go with everything. They don't hurt my feet. I love the way they look. And yet it's time to think about another pair for a different season. I can't wear boots in the spring.

There's been a tendency to become overwhelmed with feelings of grief and loss when I discover old photos. Loved ones gone now. My mind meanders down pathways I've traveled before, desiring to walk those trails again. Remembering. 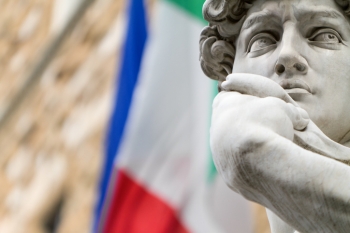 The lesson, of course, is to stay in the present but welcome change.~Joan Anderson(From An Unfinished Marriage)

I spied the book on the library shelf, Longing For Less. I flipped through the pages, a treatise on minimalism. The title alone whispered direction. For all my working life, I'd stuffed pens and diaries and framed pictures and clothing and jewelry in drawers. "When I have more time, I'll get organized." Boxes of purses and shoes and sweaters filled my closets. And then the books...

Heaps of books brimmed over the shelves in my study. I'd read all of them at one time or another. I knew I wouldn't read them again. Life was changing. I could feel the shift. My husband and I were planning on downsizing. I couldn't take all this stuff with me. I didn't really want to anyway. 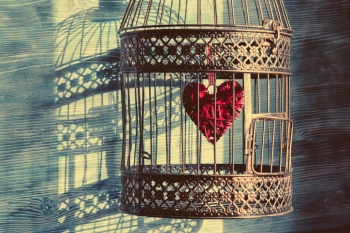 I came to understand that God hadn't lost me, even if I seemed for years to have misplaced God.~Kathleen Norris (From Amazing Grace, A Vocabulary of Faith)

My husband began reading my new book this week. He said, "You talk a lot about God. I could call you the God girl." I reflected on his comment and the labyrinthine course of my faith. For many years I "misplaced" Him, or perhaps more accurately, I detached from Him. Wanted no more of the fundamental principles I came to believe were associated with my faith in Jesus. I tried to leave the faith, but found that was impossible. How could I truly remove myself completely from the One who interceded in prayer for me, who promised never to leave me?

For decades my heart was caged in a belief system that was tied into performance-based, conditional love. I believed that the only way I could be accepted by God, loved by God, was performing well. If my behaviors fell in line, then I could receive His acceptance. But if not, I couldn't approach Him. It was all about keeping the rules.  I could earn His love by my good behavior. Toxic.

My faith was like running miles around a track. Round and round the track I'd go, racking up miles, fine dust particles affixed to my Nikes, my calves muscular. My performance kept me strong. But there came a time, in a spiritual sense, when I could no longer muster the energy to run--to keep the rules, to perform. I believed I had failed God and He wanted no more to do with me when I was weak, when I was no longer fit and muscular. I was wrong.

I'm In Love With My Future 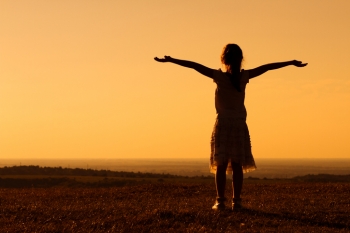 I think this is the cry of my heart--to live in wonder instead of dread.~Journal entry, September 12, 2020

We were driving home from our weekly Walmart run for groceries. Billie Eilish on the radio--I'm in love with my future, she sang. The lyric penetrated my thinking, and resonated. I'm more practiced in anticipating dread. This kind of thinking, this weakness, this vulnerability is my Achilles heel.

This past week, though, it was almost as if God whispered in my ear and asked me to peer into my future, to lift my hands in childlike awe. He seemed to say, "I brought you triumphantly over the finish line as you completed your formal work life. Now look over your landscape. There's more to explore. I have so much in store for you. Dream with me about your life." 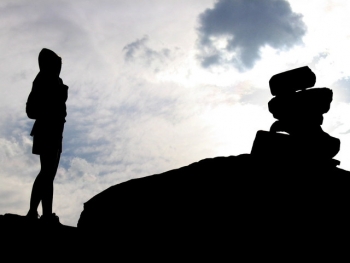